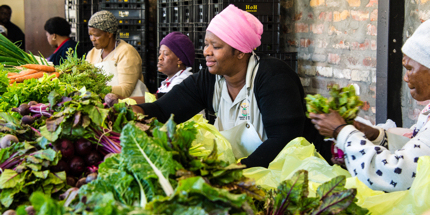 Cape of Good Hope: Visiting a township in South Africa

Twenty years on from South Africa’s first democratic elections, Meera Dattani heads into the Gugulethu township for a tour that offers hope above everything else.

This is not my first township tour but already it feels different. For starters, we’ve not peered into anyone’s house or snapped photos of locals from inside the minibus. Instead, I’m standing outside a warehouse where people are browsing and buying fresh fruit and vegetables that are piled high on a long table.

I’m in Gugulethu, a township in the Cape Flats outside Cape Town. The warehouse is the headquarters of Harvest of Hope, an initiative spearheaded by Christina Kaba. She’s brought together around 200 community gardens to sell their goods, and business is booming. Some of the produce here, the leeks and lettuces and carrots, will even end up in the kitchens of Cape Town’s 5-star Mount Nelson Hotel. 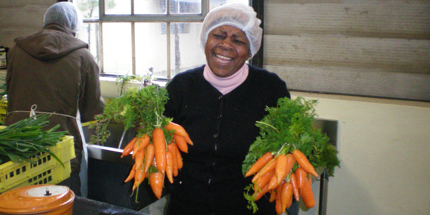 The tour itself is run by the non-profit organisation, Uthando, and led by Xolani Maseko whose knowledge of South African history is wildly impressive. Harvest of Hope is just one of the projects they support and the money from these tours part-fund and kickstart these types of community development initiatives.

Driving through Gugulethu, both progress and stagnation are evident. Two decades after South Africa’s first democratic elections, you’d hope the oppressively hot, corrugated iron shacks would have been pulled down, but not so. However, there are newer brick houses around these days and the makeshift barber salons and kerbside traders co-exist alongside banks and mobile phone shops. It’s better than 20 years ago, Xolani says.

We pass another Uthando-supported project, Kiddies Educare, a pre-school daycare centre run by Margaret Makhafola. Inspired to teach after discovering her daughter had autism, Margaret shows us around the nursery and we meet two classes of beaming children. As a tutor, she is a force to be reckoned with: she speaks several South African languages, plus English, and has a fearless approach when it comes to the children. “I’ll do home visits if I think something’s not right,” she says.

As we leave Gugulethu, we stop by the bronze plaque commemorating white, American anti-apartheid activist Amy Biehl, murdered here in 1993. It’s a reminder that the years between Nelson Mandela’s release in 1990 and the 1994 elections were actually some of the bloodiest of South Africa’s apartheid era. 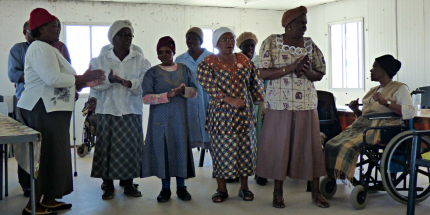 Our next stop is Khayelitsha or ‘new home’. Created in the 1980s, it’s Cape Town’s largest township, home to around 1.2 million people and growing. It’s a mini-city. Xolani points out the different neighbourhoods, railway stations, shops and its new hospital as we head for the Neighbourhood Old Age Homes, affectionately called NOAH. “You’re going to meet the oldies,” says Xolani.

NOAH is a community centre where over-65s can socialise and have lunch. We’ve heard they’re always up for conversation and a bit of a singsong too, so it doesn’t take long until we’re engaged in an impromptu Q&A session about our lives, jobs and what we think of South Africa. They’re as interested in us as we are in them. “It breaks down barriers,” explains Xolani. “Many wouldn’t have chatted on an equal basis with non-blacks 20 years ago.” 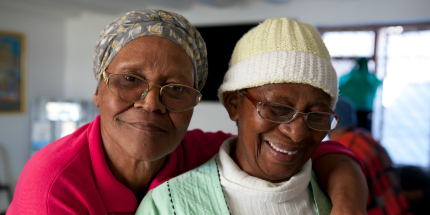 That’s a sobering thought. Xolani tells us NOAH organises visits to places such as Kirstenbosch Gardens and Table Mountain, once off-limits during apartheid. While many of the ‘oldies’ experienced little freedom until their later years, it has not dampened their spirits. As predicted, they want to sing before we leave and the air is filled with apartheid struggle songs. You only need a smattering of knowledge about South African history for these melodies to give you goosebumps within seconds.

Before we finish, Xolani wants to show us one more place in Khayelitsha. Ekhaya Ekasi is a social centre which uses education and arts to improve local lives. There’s a stainless steel kitchen where families can learn to cook inexpensive meals and where apprentices train for catering jobs. As we enter, two boys are learning the crafts of fabric-painting and beading. “They also learn small business skills to encourage entrepreneurship,” Xolani tells me.

Get all our latest specials monthly!!